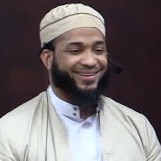 Imam Mikaeel Ahmed Smith joins Tarbiyah Academy this year as our Islamic & Quran Coordinator as well as our Islamic Studies Teacher for Grades 3 – 6.  Imam Mikaeel previously served as a resident scholar at the Islamic Society of Annapolis and the Islamic Society of Baltimore. He grew up in a deeply spiritual Christian home in Buffalo, New York. At the age of 18, he embraced Islam after reading the Qur’an and the Autobiography of Malcolm X. Within a year after his shahadah, Imam Mikaeel enrolled at the Dar ul-Uloom al-Madania in Buffalo, NY, where he learned to read Arabic and memorized the Qur’an. In 2008, he traveled overseas to study Arabic at the Jami’a Abu Noor in Damascus, Syria. Upon his return, he continued studying the Islamic sciences at the Dar ul-Uloom al-Madania, where he completed the Alim program and earned his Bachelors in Islamic Studies in 2010. In 2012, he completed his studies of the Sihah Sitta (six most authentic collections of Prophetic traditions) and Qur’anic Tafseer (commentary), earning his Masters in Islamic Studies at the Dar ul-Uloom Canada in Chatham, Ontario. Later the same year, he moved to Maryland to become the scholar-in-residence at the Islamic Society of Annapolis. He teaches tajweed (Qur’an recitation) and the foundational Islamic sciences at the Makkah Learning Center in Gambrills, MD, and served as a full-time instructor at the Al-Rahmah Seminary in Baltimore, MD. Imam Mikaeel joins Tarbiyah Academy as the Islamic & Quran Coordinator as well as the Islamic Studies teacher for Grades 3 – 6.  Imam Mikaeel is passionate about meeting the needs of our young students, building Islamic literacy among youth, and striving for social justice.